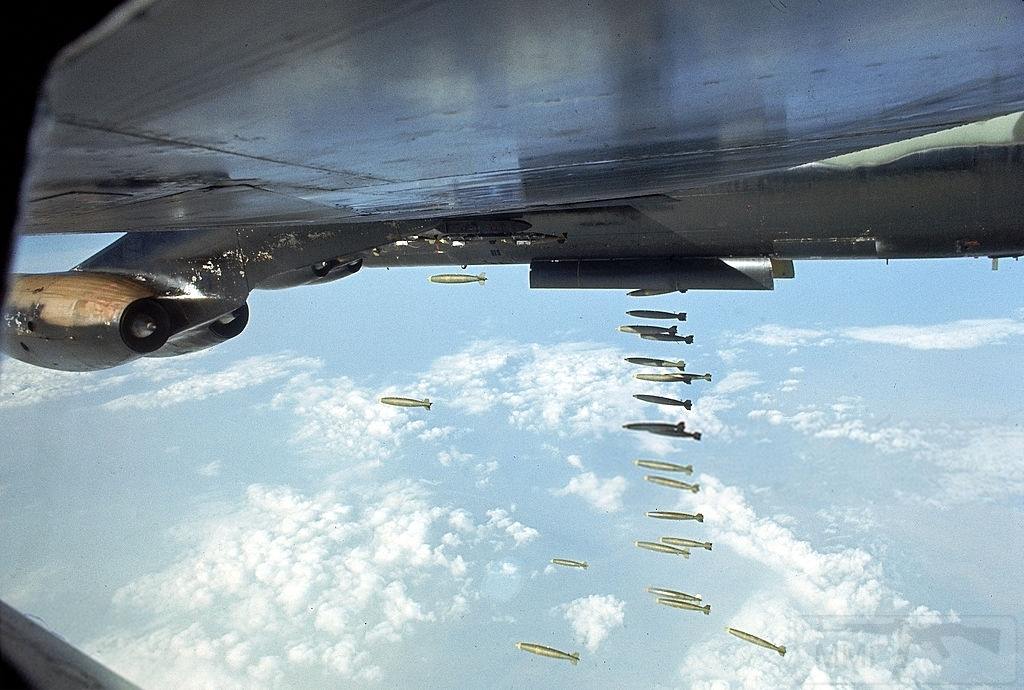 In April 1918 the AEF, in a cable to the War Department, expressed an urgent requirement for a high-powered, large-caliber machine gun and ammunition primarily for aircraft, with second priority for ground use. Available knowledge on the performance of a German 13.2-mm rimmed antitank cartridge, as well as information on the British development of a caliber .50 cartridge, led to a decision to develop a caliber .50 machine gun and ammunition. Guns were designed under the supervision of John Browning at the Colt's Patent Fire Arms Manufacturing Co. (ground type) and at the Winchester Repeating Arms Co. (aircraft typе).

This series of Browning guns were the first standard machine guns of caliber .50 to be adopted by the United States Government. There were variations for ground, air, and naval use. All this material is now obsolete.

An early design in the program to modify the Browning caliber .50 gun to permit right and left-hand feed. Both air-and water-cooled guns were made.

An intermediate stage in the development of the caliber .50 M2 series.

The Browning T21 was a collaborative effort by Colt and Springfield. This weapon underwent tests at Aberdeen Proving Ground from 1940 to 1942 with unfavorable results. The importance of that project was the establishment of a standard of performance for an acceptable high-speed gun. One breakage and five malfunctions were to be permitted in 5,000 rounds of firing at 1,200 rounds per minute.

Early in 1942 the High Standard Manufacturing Co. designed a high cyclic rate caliber .50 Browning machine gun and made two models. These guns, designated T22, were submitted to the Aberdeen Proving Ground for test 10 August 1942. One gun was fired on that date, 554 rounds at a cyclic rate of 1,066 rounds per minute, during which five stubbed rounds and two failures to feed occurred. Both guns were returned to High Standard for modification. A total of 10 guns were made.

This was a version of the T22 tested February 1943 which failed after firing 111 rounds. Failure was due to a broken sear.

The records do not indicate the history of the T22E3.

Modification of T22E4. Two guns were produced but when fired at Aberdeen their rate of fire was less than 1,000 rounds per minute.

Tested late in 1943 the T22E6 first gave poor results. Inthe development of this gun an effort was made to hold to a minimum the changes from thestandard Browning M2 gun. Because of defects inherent in the mechanism it was decided that further development could not be expected to produce a completely acceptable weapon. Accordingly, further development of the T22E6 gun, as such, was not undertaken by the Ordnance Department although certain features of the weapon were incorporated in the T36 (M2A1) and T25E3 (M3) guns.

In the development of the T25 by Frigidaire no restriction was placed on the number of changes, from the M2 gun, and the contractor was permitted to proceed by making all changes necessary to provide reliable functioning at a rate of fire of 1,200 rounds per minute. For example, the backplate buffer, barrel buffer, and receiver were redesigned. It was not until 10 March 1944 that the first T25 gun was submitted to Aberdeen Proving Ground for test. The gun gave a fair performance for 2,000 rounds, but from that point on excessive breakages and malfunctions occurred, and at 3,100 rounds the test was discontinued because of the breakage of the backplate buffer.

Work was immediately started on a second gun, the T25E1, which was tested at Aberdeen 10 May 1944. This gun was completely unsatisfactory. Nine breakages and three malfunctions occurred in 770 rounds and the test was stopped. Satisfactory functioning had not been obtained with the T25 series guns but certain features of those guns were considered very desirable.

To permit further study of the causes of this unsatisfactory functioning, the T25E2 gun was made up by substituting the bolt, top cover and recoil booster of the T22E6 gun for corresponding components of the T25E1 gun. This gun was fired at Aberdeen Proving Ground in June 1944. Functioning continued unsatisfactorily, and the test was stopped at 1,800 rounds. A careful examination indicated that the nested helical springs in the backplate buffer were breaking and causing extreme impact forces on the gun component.

The first T25E3 gun was tested at Aberdeen 19 July 1944. The functioning of this gun was greatly improved over that of the T25E1, and the cyclic rate averaged 1,250 rounds per minute. Eight malfunctions occurred, hut for the first time in the development, it was possible to determine the specific cause of each malfunction. A projecting corner on the bolt was responsible for "shorting" rounds in the feedway and causing failures to feed; the remainder of the malfunctions were caused by fatigue of the sear spring. After the satisfactory test's of the T25E3 guns, and to expedite procurement of this weapon, the Army Air Forces requested its standardization in April 1945. Ordnance Committee action was immediately taken to standardize the T25E3 gun as Gun, Machine, Caliber .50 M3, Aircraft, Basic.

Modification of the Browning M2 gun produced and tested at Aberdeen. Included a short-round device submitted by the Army Air Force and the cover assembly of the T22E5. The extractor assembly was also taken from the T22 series as was the backplate assembly. A muzzle booster with a 0.65-inch hole was used and a pneumatic buffer and a modified sideplate switch.

This was a Browning developed by High Standard to provide a kit of parts which could be used to convert the standard M2 gun to a high-speed weapon. The test was stopped before completion in January 1944.

Unsatisfactory performance, since one of the two guns made blew up. Test discontinued about February 1945.

The records do not indicate that the history of the T27E2 extends beyond the blueprint Stage.

Fired at a rate of 1,330 rounds per minute when tested in April 1944 but suffered numerous breakages and malfunctions.

Tested in June 1944; excessive malfunctions terminated the test after the one gun blew up.

Tested early in 1945, it successfully fired 5,000 rounds at a rate of over 1,000 rounds per minute with only one breakage of major parts but 1 of the 4 guns tested had 11 malfunctions.

In March 1945 the last version was tested and successfully completed the 5,000 round test without going beyond the numbers of acceptable malfunctions but suffered excessive breakage of minor parts. In the overdevelopment of the T27 series, unsatisfactory performance and danger to personnel and equipment caused by the unusual number of breakages and explosions were responsible for the decision in March 1945 that no further consideration would be given this weapon.

Developed by Springfield Armory to produce a high cyclic rate gun. Specifications called for 1,200 rounds per minute without breakages.

Air Force requirement for the fabrication of a gun which would have a cyclic rate of 1,500 rounds per minute. Project assigned to Springfield. This was to be an entirely new mechanism, operating on a principle suitable for very high-speed operation. Preliminary drawings of this gun were received in August 1945, and after careful study, the Springfield Armory was requested to supply additional drawings.

To fulfill the Air Force requirement for a gun with a cyclic rate of 1,500 rounds per minute, a project was set up to modify the M2 Browning.

During the development of a high speed caliber .50 machine gun, certain very valuable improvements were made which were applicable to the standard M2 caliber .50 aircraft gun. In September 1944, it was decided to incorporate immediately into the M2 gun these features which had been proven in tests of various experimental high speed guns. This improved gun, designated T36, was designed to accomplish limited objectives, compared to the M2 gun, namely: (1) reduction in recurrent malfunctions; (2) increase in cyclic rate of approximately 100 rounds per minute; and (3) increase in belt lift capacity to 30 pounds minimum consistent with the accomplishment of these objectives.

A further development of the M3 by Frigidaire in 1945. This design was also in response to the Air Force requirement for a 1,500 round per minute gun. Limited firing was conducted at rates up to 1,450 rounds per minute by Frigidaire.

Intended for use as an antiaircraft weapon with a rate of fire of 700 rounds per minute. Similar to the Browning M3 but uses heavy barrel and short barrel support.

This was a project set up in 1948 to develop an aircraft gun with a rate of fire 2,000 rounds per minute.

The armored force established a requirement for a caliber .50 machine gun for use on tank turrets with the provision that it must incorporate a short receiver. Springfield Armory built a revolver type based on the 20-mm T74 and this is designated the caliber .50 T164.

Similar to the T176, except barrel energy is transmitted by hydraulic means. Also intended for tanks.

The T176 was designed in response to the requirement for a short receiver tank gun. It is a nonconventional type in which the barrel energy is used to operate the mechanism indirectly through Belleville springs. It was designed for alternate use at a high and low rate of fire.

The experimental Browning T2 caliber .50 machine gun was standardized for cavalry and infantry without modification as the M1. This model never went into production.

Further development of the Browning system produced the M2 series which was standardized in 1933. The three principal versions were water-cooled, aircraft, and heavy barrel. The three guns utilized the same basic receivers. The water-cooled gun was for antiaircraft use; the heavy-barrel gun was intended for use by and against armored vehicles, and the aircraft gun with its 36-inch air-cooled barrel was for use in aircraft. Later, several other varieties were standardized, all of which used the same basic receiver. An important characteristic of the M2 series is the ability to convert from one type to another.

In 1944, the limited procurement of 31,336 of the T36 guns was authorized. This procurement was discontinued after approximately 8,000 guns had been produced because of the unexpected progress made in the development of the T25E3 high-speed gun, which led to its standardization as the M3 earlier than had been thought possible. Following the standardization of the M3 gun, the T36 gun was reclassified as limited standard, and redesignated Gun, Machine, Browning, Caliber .50, M2A1, Aircraft, Basic.

The records do not indicate the history of the M2E1.

In 1945 the caliber .50 Browning T25E3 was standardized as the M3. There are slight variations in guns of early and later manufacture. The M3 gun is based upon the caliber .50 aircraft machine gun M2 and has essentially the same exterior dimensions, except for the increased diameter of the backplate buffer, and the length added by the recoil booster. It fires at a cyclic rate of approximately 1,200 rounds per minute with standard ammunition and links. Nearly all parts of the M3 gun differ in detail from those of the M2, having been improved in design and metallurgy. 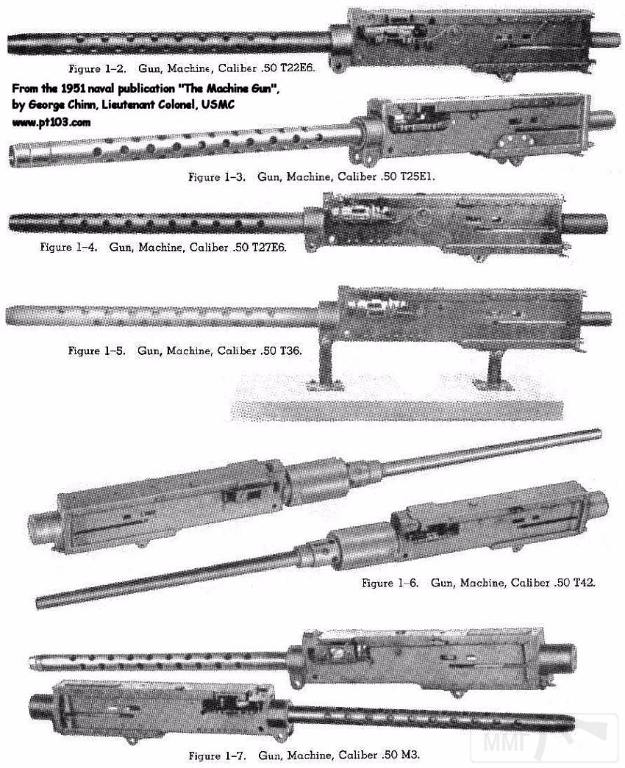 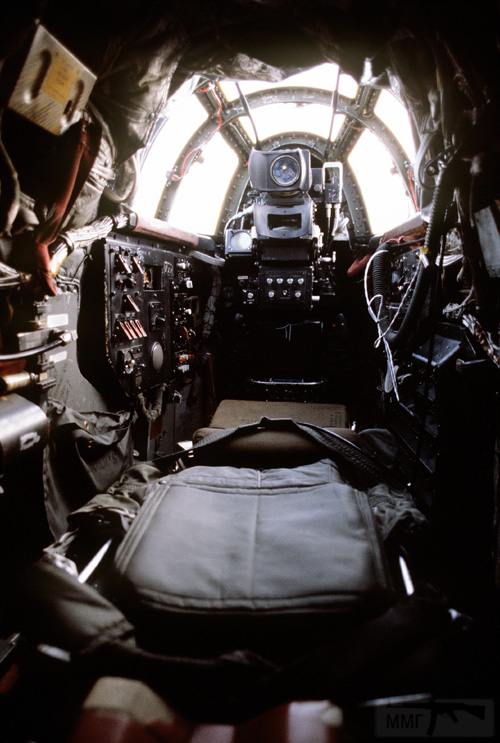 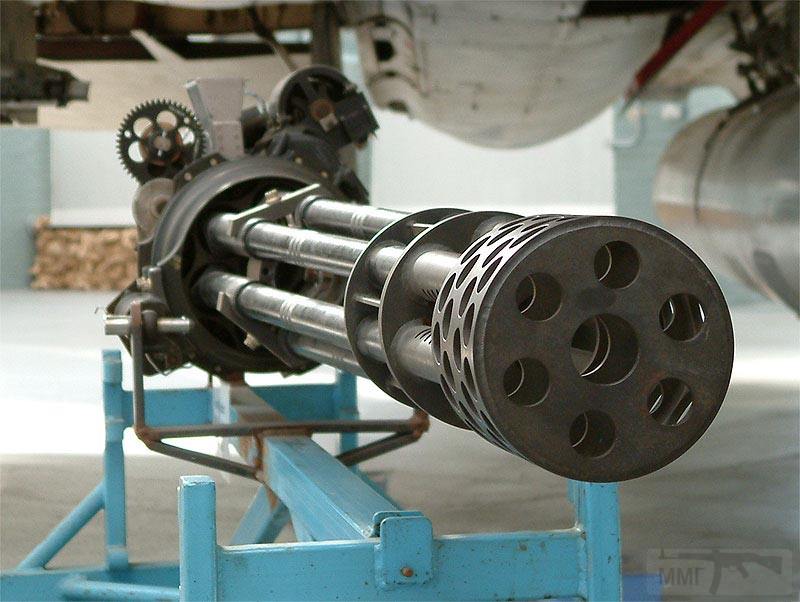 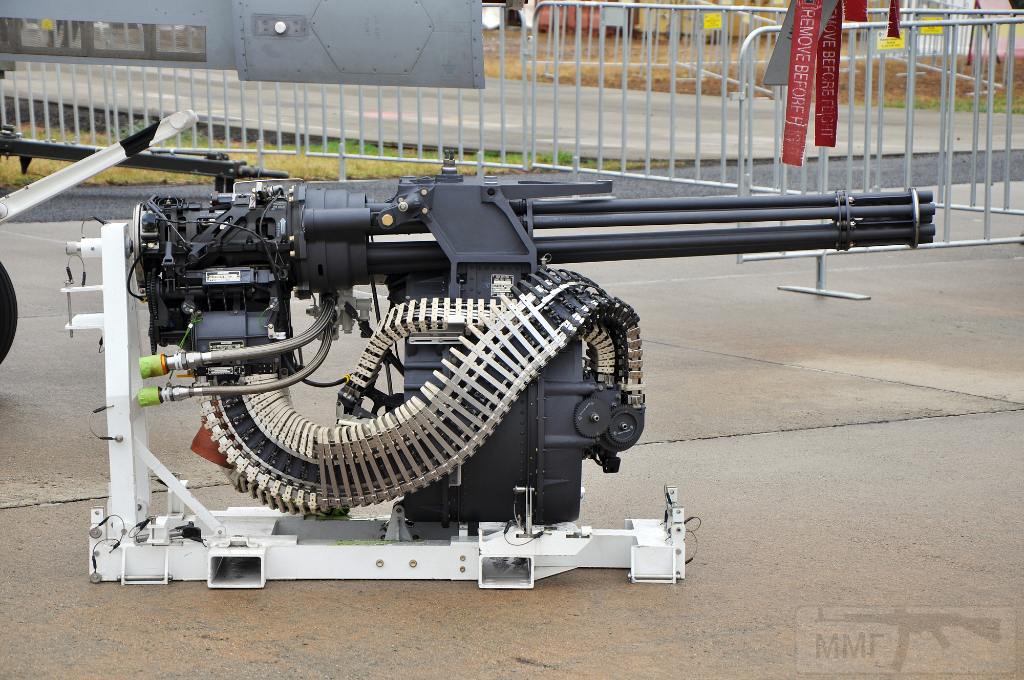 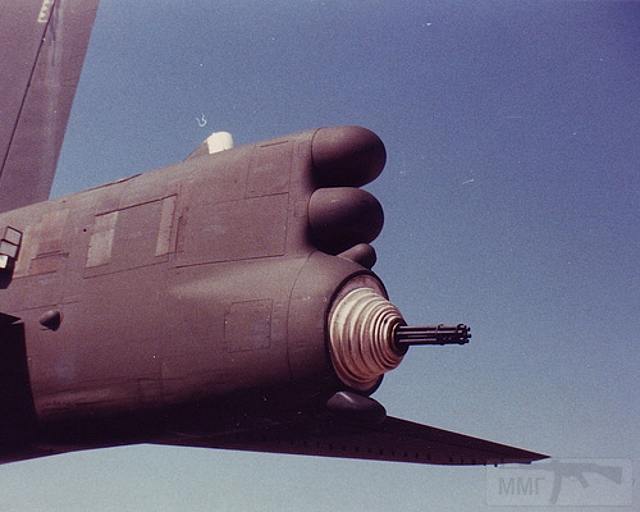 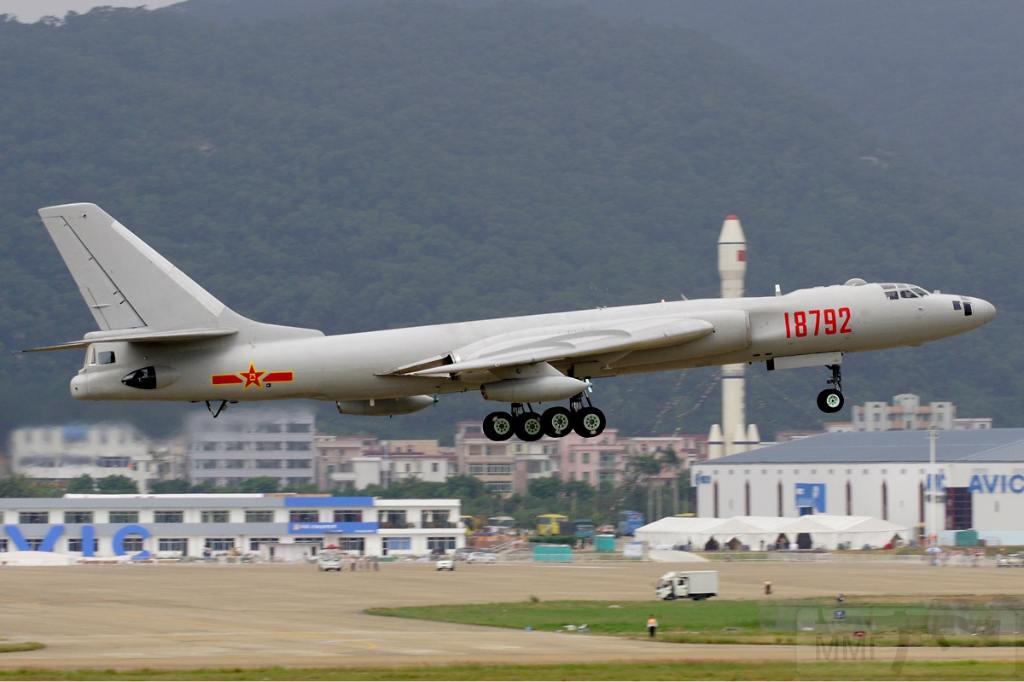